American and British storms are ‚holding hands‘ over Atlantic: Systems that wreaked havoc on two continents are COMBINING Read more: http://www.dailymail.co.uk/news/article-2559856/London-New-York-storms-COMBINING-Meteorologists-say-two-storms-holding-hands-Atlantic.html#ixzz2tPsLDqmD Follow us: @MailOnline on Twitter | DailyMail on Facebook


Devastating storms that have dumped as much as 40 inches of snow on parts of the United States and caused widespread flooding in the UK are combining over the Atlantic, weather experts have revealed.

The storms in the US have left 21 people dead and caused thousands of flights to be cancelled, bringing the east coast to a standstill.

Meanwhile, in Britain, heavy rain and winds up to 80 mph devastated parts of the south, aggravating areas already flooded after the wettest January since records began in 1776.

Scroll down for video

Holding hands: A storm that dumped heavy snow and ice across the east coast of the United States this week is the very same weather system that battered southern parts of the UK on Friday, meteorologists have revealed in incredible satellite imagery

Floods have drenched the low-lying Somerset Levels in the south west and the Thames Valley west of London, where hundreds of properties have been swamped after the River Thames burst its banks.

The situation is also set to get worse as torrential downpours forecast for this weekend could see rivers reaching dangerously high levels.

The Thames Barrier, a structure made of 10 steel gates each weighing 3,300 tonnes that shields central London from tidal flooding, prevented widespread damage in the capital after the downpour.

This winter’s rains saw the Thames record some of its highest levels for 60 years.

Water up to here: A resident pulls a boat towards his house in a flooded street on Friday near Staines-Upon-Thames, England. Flood water has remained high in some areas and high winds are causing disruption to other parts of the UK with the Met Office issuing a red weather warning

Deep snow: Motorists find themselves stranded in deep snow as blizzards trap their cars along a Pennines road overnight Thursday. A number of cars became stuck during heavy snow and gale force winds on a road between Cumbria and County Durham, England, and had to be rescued by a farmer

Darkness at noon: The M27 passing Portsmouth was clothed in a near-black fog today

Destruction: A tree which was uprooted in Chorlton, a suburb of Manchester, by high winds and storms

Wild waves: Wind, rain and waves batter the Cornish village of Kingsand in England on Friday as the environment agency warns hundreds more homes will be flooded this weekend

Global Weather Network is not what you think: Chemtrails are a war hiding in plain sight.

Download your very own OWNING THE WEATHER BY 2025  It’s Free!

What are Chemtrail Applications, are they legal and did We the People ever consent to this? Now keep in mind that the word PROOF is constantly used in our modern age, and half of what we read, if not more is a lie.  So either our research , (which can be backed up and verified), is not enough for the common man -or- the common man is simply not paying attention.  We will do this series in parts, so the first part is Chemtrails 101, teaching anyone about weather modification as well as when and how the military invented it. Please view the video for additional help.

*Note about the video: This video took many hours and repeatedly would not allow me to edit it. This video is simple enough, and should not have taken the 15 hours to edit in a simple program. Forgive me for the 2 typos that are in the video, as well any space in the video that was never in the original and never intended to be there in the first place.

END_OF_DOCUMENT_TOKEN_TO_BE_REPLACED 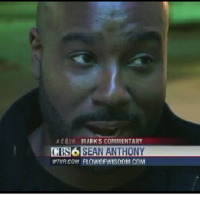 WTVR CBS 6 Richmond news report featuring Sean Anthony on the topic of Chemtrails. They called me a “conspiracy theorist.”

Those frozen lines across the skies that can enhance a sunset – are they man made contrails from jets, or “chemtrails” deliberately sprayed into the sky by the government and the military?
“The chemtrail activity here in Richmond, Virginia has been extremely, heavy over the last couple of months,” said radio personality and podcaster Sean Anthony, now based in Richmond. The chemtrail phenomenon is one of his hot topics. (http://flowofwisdom.com/)
“You can see the zigzags going criss-cross in our skies, which probably cause a lot of questions for most people. It’s not normal.”
So who is behind it?
“That’s a good question,” Anthony said. “According to the research I’ve done, the government and the military have the hand in it. And who else? I’m not sure. The technical term is called geo-engineering . . . weather modification. You know, altering the clouds . . . building up storms or even dissipating storms. And with all the chemicals and harmful effects, which weakens the immune system, it could be an agenda leading to depopulation.”
Another chemtrail theory points to chemical or biological warfare. Many blames chemtrails for strange sicknesses around the world.
Perhaps no other conspiracy, including 9/11, Bigfoot and Area 51, has been as thoroughly debunked as chemtrails, everyone from cloud scientists to the Air Force say they are simply contrails – frozen water vapor left buy airplanes when the hot, humid air blasting out their engines condenses.
Anthony says no way. “Now, chemtrails, they linger around. That’s when you see the Xs and Os, tic-tac-toes in our skies, you know, filled with all types of chemicals, according to tests that have been done, such as aluminum, barium sulphur, sulphates and so on. (Read more)”

They called me a „conspiracy theorist“ on the CBS 6 News Report on CHEMTRAILS.